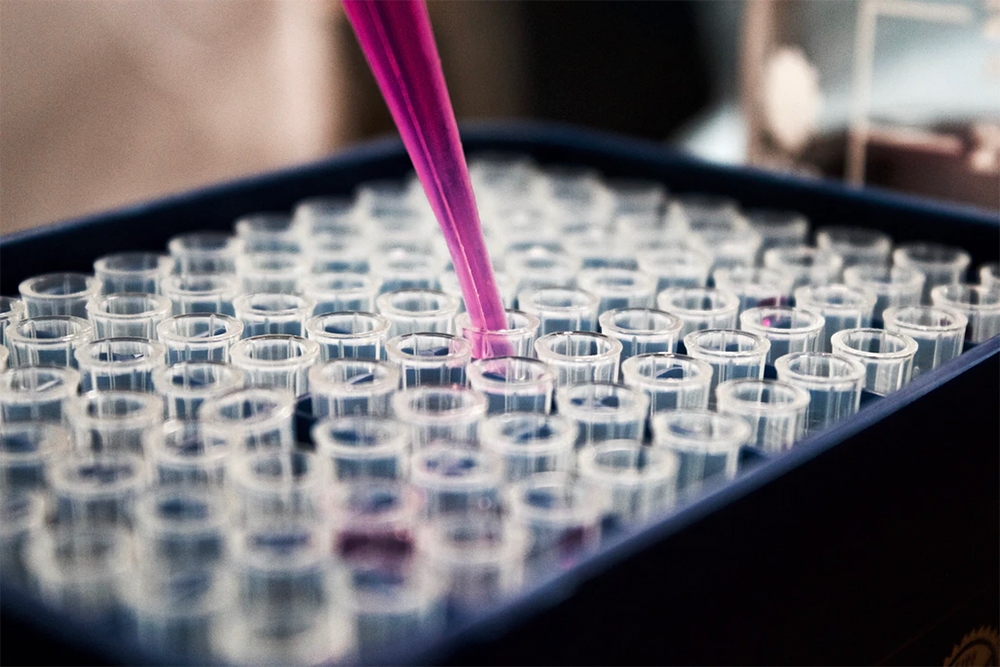 With 11 million deaths per year worldwide, sepsis is the second cause of death before cancers together. Early detection is crucial for preventing it. Thankfully, that’s what Abionic SA specialises in.

“I am the founder and CEO of Abionic SA, the company that developed the fastest in vitro diagnostic platform in the world, the abioSCOPE. I hold an aerobatic pilot’s licence, and I’m a member of the board of directors at the Vaud Chamber of Commerce and Industry, as well as an Intelligence Officer in the Swiss Armed Forces,” says Nicolas Durand, Founder and CEO of Abionic SA.

Mr. Durand always knew that he wanted to become an entrepreneur. At the age of 14, he started his first business in IT, which led him to study engineering in École Polytechnique Fédérale de Lausanne (EPFL). He was really passionate about integrated microsystems, where one has to deal with a lot of different technologies.

By accident, he came across the nanotechnology space and had the opportunity to do a PhD at EPFL in nanotech. His doctoral work developed into several publications and patents that became the source of Abionic’s technology.

“Abionic has developed a technology (biosensors), which makes it possible to measure, among other things, a biomarker emitted by the pancreas (Pancreatic Stone Protein, PSP) in 5 minutes instead of several hours in a normal laboratory,” explains Nicolas Durand.

The PSP assay can detect sepsis in five minutes, on a drop of blood, 24 to 72 hours earlier than current methods. This condition develops as a result of a bacterial infection and can degenerate into fatal septic shock. Early detection can help prevent sepsis, which is responsible for 11 million deaths worldwide each year. It is the second cause of death in the world, before all cancers together.

The abioSCOPE can also measure many other parameters in 5 minutes from a drop of capillary blood or any other human fluid sample. The company is currently developing a Covid-19 test based on saliva (less than one minute from sample to laboratory quality results), which will be CE-marked this summer.

“We have several stories of clients using our Sepsis PSP test in their daily practice, but the most rewarding example is probably among the first ones, from a hospital in Portugal,” says Nicolas Durand. “They use our test to assess the best timing to start anti-biotherapy.”

Since antibiotic resistance is a major concern in developed countries nowadays, there is a tendency to wait longer before prescribing broad-spectrum antibiotic treatment. The result is that more and more patients develop sepsis, and that sepsis is recognised late. The client’s testimonial is unequivocal:

“Our own experience is that, when PSP is low (<90 ng/ml), the probability of finding an infection is very low, and delaying antibiotics is safe. In bacteremia patients, we found that PSP was always very high (>300) even before collecting the blood sample. In those patients, we collected a blood sample and empirically started an antibiotic, and that proved to be the right approach”.

The team behind Abionic SA also had positive feedback from an early adopter who was surprised to experience better results in his daily practice with their test compared to what was published in scientific peer-reviewed journals. This highlighted the high quality of the company’s operations and the dedication of their team to develop products that keep their promises, and change lives for the better.

“If you save one patient’s life, it’s an outstanding achievement. Thinking that an idea I had one day while driving my car, became a product and saved one life, is probably the biggest achievement. Saving millions is everyone’s goal in our company,” humbly says Nicolas Durand.

Mr. Durand hopes to develop Abionic and make something big that everybody sees as a success.

“My definition of success is to have our technology accessible to the highest number of people.”

Beyond sepsis, the company’s technology can be used for many applications, starting with Covid-19. Abionic can play a role in bringing back a certain level of normality and allowing people to get back to their lives. In that sense, he sees the company substantially improving the lives of people.

“We participated in the Tech Tour Healthcare summit for the first time back in 2012, with a presentation on stage. After that, we’ve taken part pretty much each year, as well as in the Growth Forum events,” says Mr. Durand.

“From the early days, testing our pitch, to later expanding our network and meeting potential partners, Tech Tour’s events have always been an event we gladly participated in. I’m personally convinced that network and trust are built on personal relationships, and in that sense, I look forward to having the possibility to meet in person, during Covid-free live events,” concludes Nicolas Durand.

There are means to get there, including fast testing, and Abionic will for sure play an important role in the way back to normality.